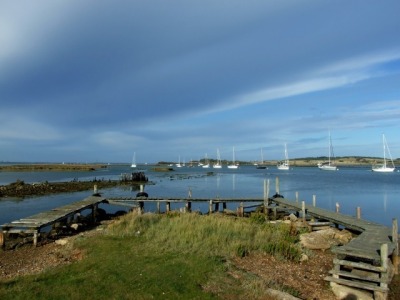 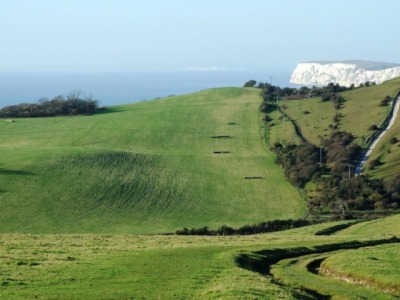 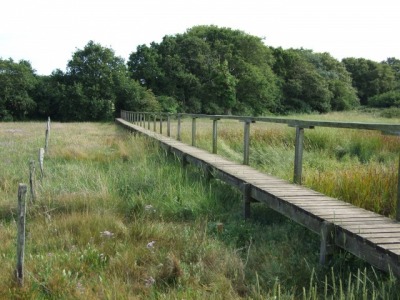 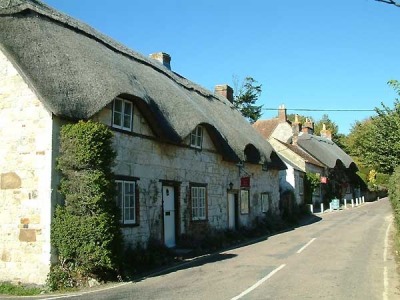 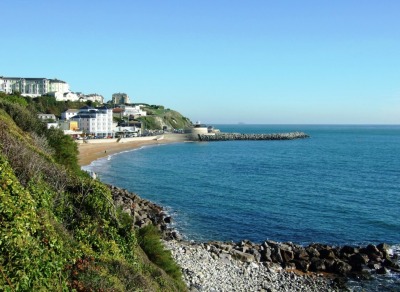 The world famous sailing town of Cowes is the starting point for this scenic walk. Heading out of the town along part of the offical Isle of Wight Coastal Path. The trail leads you along cliff tops before descending onto the beach at Thorness bay. Youâll then veer away from the coast and inland making a small detour into National Nature Reserve of Newtown Creek and then onto Shalfleet .

Skirting round the west side of Newtown Creek before reaching the shores at Hampstead point. Hamstead is a 'remote' Heritage Coast area dominated by the shallow, drowned estuary of Newtown River. It is the haunt of terns and curlews and many birds over-winter on the remote expanses of salt marsh and mudflats. Passing between the cliffs and copses at Boldner shortly thereafter turning inland and following the old Railway track passing redundant stations and along the delightful banks of the River Yar. Finally the trail crosses the Marshes at Afton and into Freshwater Bay.

Climbing up-passed Freshwater golf course and joining the Tennyson trail across Compton Down, there are fantastic views as you look back across Freshwater Bay and out to the majestic white cliffs and Needles beyond. Youâll walk over Brooke Down and veering back towards the sea
along badger lane and then walk passed the magnificent Brooke Hill House (former home of author JB Priestly). Soon after you will pass through the tiny village of Hulverstone with its thatched pub. Finally after ascending once again up to Mottistone common and its legendary
Long Stone youâll then walk into the pituresque village of Brighstone.

Wander through the village of Brighstone, with its Olde shop and village museum, before crossing arable farmland and grass fields before joining the Shepardâs trail into Chale Green. After a climb up St Catherines Down you will see the Hoy Monument. Descending the other side into the first of the Combes, Wydcombe and remote park lands of Strathwell.

Shortly after leaving Whitwell you will pass by the fishing lakes and farming hamlet of the second Combe Nettlecombe. Continuing to ascend the Downs via Gat cliff (lots of steps but worth it for the far reaching views of all corners of the Island) you will soon reach the third, and possibly the most well known, Combe, Appuldurcombe Down and nearby House. Today just the shell remains of a lovely, 18th century house built on the estate of Appuldurcombe. Surrounded by a vast expanse of rolling downs, this impressive estate was the family seat of the Worsley family for some 300 years. Finally crossing the impressive and final Combe of Luccombe Down and St Boniface Down before descending into the Victorian
seaside town of Ventnor.